These people are being identified for showing up in public, on their own time, and proclaiming themselves to the world to be anathema.

Even though I'm all for calling them fucking Nazis, you're right, they are separate, even though they're fellow travellers. And maybe calling them Nazis downplays the fact that most of them are our own, home-grown white supremacists rather than imported foreigners, no matter what cross-pollenization has happened over time. White supremacy was baked into the US from the very start, and we've never really dealt with that, even though we had a war over whether it was ok for white people to own other people.

A lot of people including those who regularly say "I'm not racist, but I also think it's important to point out that in holding up the second world war as a decisive fight against Nazis, the US armed forces were not yet integrated. That's right.

Us, the good guys, told our own citizens that, sure, they could go punch Nazis, but, if they were black, they had to go punch them over there. As far as I'm concerned, there are only two groups there. Nazis, and those who "have no problem showing solidarity with" Nazis. That's a direct quote from one of them, by the way. KiethS I also think it's important to point out that in holding up the second world war as a decisive fight against Nazis, the US armed forces were not yet integrated.

True enough Then the war ended, the soldiers came back home That tilled and sowed the ground for the civil rights movement of the 50s and afterwards. Buddha Buck Not local police, but a state trooper and one in particular, at that. As I read in the local weekly, there were likewise issues in the prior July rally, where state troopers were leaning on anti-racists while giving the racists a pass.

Like I said above, the rest of Virginia is not like Charlottesville. Dave Bell It banned "political uniforms", and organising or training unofficial militias. Unfortunately, that slaps right up against First and Second Amendment protections so, sensible as that might seem, probably a non-starter in the US. Just called the Governor of Virginia's office and left a message asking what was going to be done to the State policeman who interfered with those giving Heather CPR. Sorry, I'm going to threadjack here, because I think some people here might be interested, and it is after all an open thread.

There was one thing that was said repeatedly which I believe is a mistake. 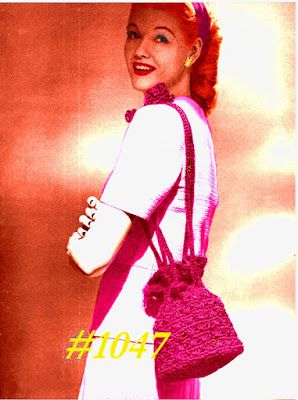 I've already cross-posted at File and may do so elsewhere if I find somewhere better to post it. The category in question is best ELF, best editor long form. In the final elimination round, Vox Day had 83 ballots and Weinberg and Hayden went into the cage match because they had the lowest points among the final 7; Weinberg won because she had more ballots than PNH; and so Vox Day survived.

People have drawn the conclusion that this shows that bullet voting works, because VD would not have been among the top 6 under the old rules, and PNH would have. Temptor, and Poe Stock. Initially, each of the slate would have had As soon as all the ELFs with fewer points were eliminated, two of the slated ELFs say, Cav and Poe would have cage-matched and one of them would have been eliminated, leaving the remaining ones with That would have happened again, putting the remainder to At no point would any of them have faced Weinberg or PNH.

Their advantage came from the fact that their choices did not overlap with those of other voters. Arguably, in this case, EPH was doing exactly what it was designed to do: increasing the diversity of nominators who had some finalist who they supported. The fact that PNH had ballots but only 65 points means that a majority of PNH nominators supported some other finalist or finalists.

Eliminating PNH left only perhaps a score of voters without a finalist they supported; eliminating VD would have left over four score without. Referencing the paragraph beginning "The category in question I used PNH elsewhere consciously because I wasn't sure about that. My wife and daughter have double last names so I should be better at that. Sorry to our illustrious host. DaveHarmon 4 says that leftists brawling with white supremacists were playing right into the WS's hands.

That may have happened in some cases. But I'm more inclined to believe that most of the leftists throwing punches were doing so in the spirit of Deacons for Defense and Justice, who were the gun-toting defenders of the civil rights movement, and were IMO an important force for good. I have a friend who was in Charlottesville with a small affinity group.

Their intention was to show up for non-violent direct action, but they left before noon because things got too dangerous. They felt protected by the antifa and anarchist folks. An article by Dahlia Lithwick collects similar stories. My friend and I are both in our mids. I'm willing to take risks for justice, and I'd be a fool to think my fat old body would be much use if it came to a fight, so those risks will be taken via some form of non-violent action.

But if the task is confronting fascists armed to the teeth, I'm more likely to show up if I know that there will be someone there discouraging the Nazis from beating me to death or half to death. And I don't believe that will be the police. I haven't seen any cases where the Nazis' home addresses and SSNs have been published. They're not being doxxed, much as they'd like to claim they are. The false equivalence will be drawn, of course: it's a RWNJ staple these days.

She was then doxxed by the GGs. They revealed her home address and other personal information, in an effort to frighten her and cause her harm. Note: She was a public person whose name was known, doing a public thing. All that's being done to the Nazis is bring them to that state. The doxxing was all in addition to that.

And yes, you have a right to privacy. But if I go to a Kaepernick rally as I plan to next week , I'm not going to whine and snivel if someone sees me there. Gay pride marches are a different thing. But I would submit that being outed as gay and being outed as a Nazi are fundamentally different animals as well. As far as doxxing is concerned, we already have, among other issues, a professor in Arkansas receiving threats due to misidentification.

That's a hell of a lot of work compared to, say, applying a sledgehammer. And MAN, cleaning the sucker up; maybe they can put out a call for volunteers from AZ's neo-confederate community.


It occurs to me that the increasing use of vehicles as weapons may inspire more of a push towards autonomous vehicles, with limited ability for a human to override. My crutches have now got some padding on the handles which helps, but I expect over time the skin on my palms will toughen up. It'll be about a month before they even let me start bending my knee.

A doctor friend has recommended a physiotherapist who is good with knee injuries. Another friend who had knee surgery recently has been telling me about how she did her rehab.

It was the first time I've seen my left leg and knee in over two weeks. The wound is healing well, but already I can see signs of muscle atrophy. It's not unexpected but still a bit of a shock to actually see my left leg now noticeably less muscly than my right leg when they used to be symmetrical.

I don't know if I'm adding much illumination, but a thing going around the Book of Face said, approximately, if you leave antifa alone, they will go play guitars or something. If you leave Nazis alone they will kill you. Remember when receiving the support of the radical right meant political death? Bannon is out. The news will be changing rapidly, so I'm not linking to what will be an out-of-date report. Dave Harmon I understand your points all too well.

My ass is on the line with yours. We don't debate these cockroaches[1], we shine a light on them and make them scurry back into the crevices where they belong. Stamping on them in the process. I do not seek love, light, harmony, or reconciliation with people who want me dead. Nor should any person of goodwill expect me so to do. Never again. Physiotherapy is usually really good about that -- and also things like teaching you to bend your knee s again, and pointing out gait oddities.

Depending on how you feel about bending, having a leash for your crutches can also make life much, much easier -- one pull to retrieve, instead of weird awkwardness around rearranging until you can reach them. Much to my dismay, I have been experiencing a inner lust to get my hands on these cretins and make them die slowly, painfully, and in as much terror as I can inflict. Lori: I can claim to be a somewhat better person: I just want to flick devil-dust at them and have them go up in a puff of fetid black smoke. I don't require they suffer; I just want them gone.

But then, I haven't take any direct damage from them, so. It's that feeling you get when you realise that the enemy of your enemy isn't really anyone's friend Jacque, It has been pointed out elsewhere that if this had been a BLM demonstration, they would have called in cops for miles around. And since I have no reason not to think that is true, it makes me wonder whether the decision not to call for reinforcements was entirely on the up-and-up, or whether it was to provide a convenient excuse.